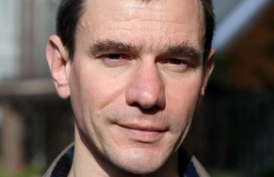 Two years of the conflict in the east of Ukraine have been a testing time for Ukraine’s leadership, its armed forces, which had to build their capacities from scratch. With the diplomatic solution for the conflict in limbo, it remains to be seen what its frozen model will look like or what potential further confrontation will entail.

Igor Sutyagin, Senior Research Fellow, Russian studies, Royal United Services Institute, will be speaking at the Ukrainian Institute on Thursday, April, 21, 2016, 7pm. He will deliver a presentation, to be followed by a Q&A session and a wine reception.

The issues to be covered will include the scale  and nature of Russian military involvement into this conflict, its long-term scenarios, future of the Minsk agreement, as well as information operations in the context of this conflict.

Prior to joining RUSI, Dr Sutyagin worked at the USA and Canada Studies (Russian Academy of Science) for 12 years at the Political-Military Studies Department where he held the position of the Head of Section, the US military-technical and military-economy policy. Over that period Igor participated as the off-site expert of the Soviet delegation at the CFE Talks, worked extensively on the US and Russian naval development programmes and US-Russian naval cooperation, US nuclear arsenal modernization, US and Russian strategic armaments and ballistic missile defence issues. Up to date he has authored over 120 articles and booklets published in the Soviet Union/Russia, the United States, United Kingdom, Germany and Switzerland, including more than 25 articles in the specialist magazines of the Russian General Staff, Main Naval Staff, and the Ministry of Defence, as well as around 10 articles and booklets published by the Center for Naval Analyses (USA). He is also the co-author of the book Russian Strategic Nuclear Weapons.

Igor has a PhD in History of Foreign Policy and International Relations (1995) from the Institute for US and Canadian Studies in Moscow and a Masters Degree in Radio-physics and Electronics from the Physics Department, Moscow State University (1988); he is also a graduate of the College of International and Security Studies (Senior executive course) at the George C. Marshall European Ńenter for Security Studies (Garmish-Partenkirchen, 1999). Igor held the fellowship at the King’s College, London Department of War Studies (1994) and at the Center for International Security and Arms Control (CISAC), Stanford University (1991).

He has spent nearly 11 years in Russian jail on the base of accusation which was found by the European Court of Human Rights to be imposed with violation of the European Convention on Human Rights. Igor was released in 2011 (with three other Russian citizens) in exchange for the release of a group of spies arrested in the United States.