Child Survivor of the Holocaust in Poland and Ukraine tells the story. Film screening and discussion. May 18, 18:30 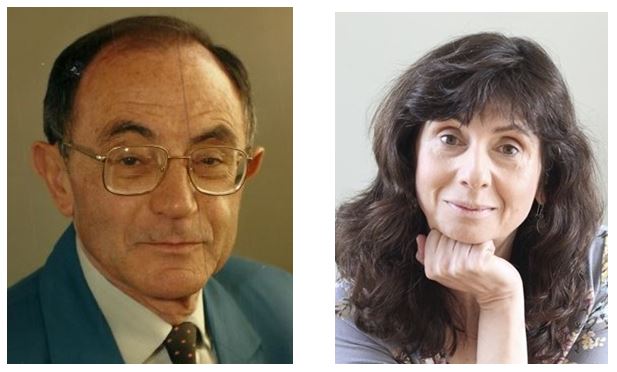 As a little boy, Shimon Redlich survived the Holocaust in Poland under Nazi German occupation after being rescued by a Ukrainian and a Polish family. He returns to the places of his childhood to re-connect with this past, to understand what the Holocaust meant for those communities and how it is remembered.

A film screening, followed by a discussion.

Dariusz Łaska, Deputy Ambassador, Embassy of the Republic of Poland in London

Dr Joanna Beata Michlic, a historian of contemporary European History at the University of Bristol and Honorary Senior Research Associate at the UCL Centre for Collective Violence, Holocaust and Genocide Studies in the Institute of Advanced Studies (IAS)

The discussion is moderated by Marina Pesenti, Director of the Ukrainian Institute

“Shimon’s Returns” (2015) was filmed in Ukraine, Poland, and Israel. It tells the story of Shimon Redlich, Israeli historian and a Holocaust survivor. He returns to the sites of loss and survival in Western Ukraine, where he was saved by Poles and Ukrainians, and to places where he lived in postwar Poland. His happy pre-war childhood and the fact that he was rescued and not denounced by his neighbours affected his lifetime attitudes and perceptions. A collector of memories and a seeker of good will, Shimon leads the viewer on a journey across Ukraine and Poland, uncovering brighter sides of the darkest of times. Produced by Slavomir Grunberg  and  Katka Reszke, 2014. 53min.

Born in 1935 in Lwow, Poland. Survived the Holocaust in the Brzezany Ghetto and in the nearby village of Raj. He settled with his family in Lodz in 1945 and emigrated to Israel in 1950. Recipient of the Order for Merit of the President of Ukraine, 2007. Honorary Member, Polish Society of Oral History, 2010. Recipient of the Omelian Kovch Recognition Award, 2013. BA – Hebrew University,  MA – Harvard University,  Ph.D. – New York University. Prof. Redlich lectured at Hunter College, Bar Ilan University, Hebrew University, University of Pittsburgh, and Ben Gurion University from 1970 to 2003. He retired as Prof. Emeritus of Modern Jewish History. He published numerous books and articles on Jewish History in Russia, Poland and Ukraine.

Joanna Michlic specialises in the history and perception of the Holocaust in Poland, the perception of the Jewish community in Poland in the 20th century, experience of children surviving the Holocaust and their rescuers. She has taken academic position across many countries and taught at the universities in the US, Israel, and the UK, most recently, at the University of Bristol. She is the author of 7 books and numerous articles in academic and historic journals. She has her PhD from the London School of Economics (2000).

This event is co-organised by:

The Ukrainian Institute in London

The Association of Ukrainians in Great Britain

On the event partners:

The Spiro Ark (originally  the Spiro institute and then LJCC) was established in 1978 and is considered by all as the pioneering and ground breaking organisation regarding Jewish history,  culture and languages. The aim of the Spiro Ark is to bring understanding of the Jewish experience, through millennia,  to people of all nationalities, races , creeds and backgrounds. Apart from regular courses in Jewish history and languages, the Spiro Ark offers debates, book launches, concerts, the hosting of  academics and international artists, trying to lessen  prejudice and  built- in  animosity between different peoples  as illustrated by this  evening’s event. The Spiro Ark is often working with foreign embassies , governments,  churches and major organisations. The Spiro enterprise is the recipient of a major annual award as a tribute to the organisation’s contribution and success.